Skeletons in Our Cellblocks

I recently listened to a podcast about paleontology. The hosts talked about the painstaking work of unearthing bones and other fossilized remains, studying them, and putting all the pieces together.

Being a historian is kind of like that. We rely on fragments of information to put together a story that we can share with our visitors to teach them about the past. And sometimes, believe it or not, we get to work with bones, too. In fact, we have found quite a few skeletons in our cellblocks here at Eastern State Penitentiary, and they are all full of history just waiting to be unearthed.

One of my favorite objects in our collection is this miniature cutlery set. It was made in 1856 and is one of the oldest and most delicate items we have. It also happens to be made from soup bones. A prisoner made the set using the blade of his jack knife and gave it to Mary Anna Kaighn, a child who visited the penitentiary with her father, James Evans Kaighn, a member of the Board of Visitors. 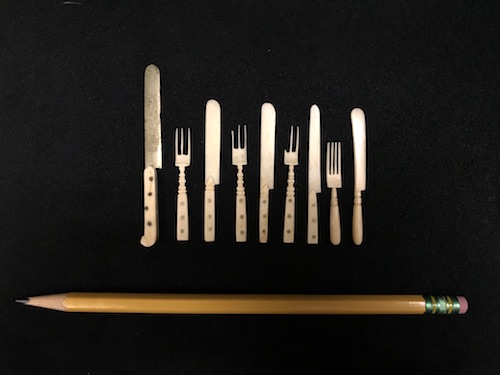 For several years, I wondered about the prisoner who made the cutlery set. Unlike the prisoner-made crafts from the late 20th century that strongly resemble one another, it was totally unique. I had never even heard of a similar item made at Eastern State. Then, one day, by chance, I found an 1881 newspaper article about “Old Bob Ridley.” Ridley “made knives, forks and other articles from the bones which were served in the soup furnished the convicts. These trinkets were sold for his benefit, and many who have now grown to maturity will probably remember having purchased his curiosities.”

It took me a few hours of sifting through newspaper databases, intake records, and warden’s journals to put together all the information I could find about Ridley, who had at least seven aliases and served six separate sentences at Eastern State Penitentiary: five terms for burglaries and one for counterfeiting. I was very excited to confirm that one of Ridley’s terms was from 1856 to 1859 – the same time that Mary Anna received her cutlery set. 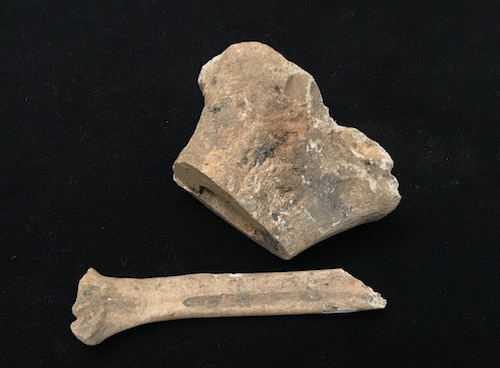 Still, for every “Old Bob Ridley” there are a multitude of other stories that remain impossible to fully uncover. In 2013 and 2014, we discovered bones near the Greenhouse and the Baseball Field. The bones were tested by experts at the Academy of Natural Sciences and found to be animal (not human) bones. We can speculate that they might once have been treats for four-legged friends who lived in (now demolished) dog kennels on site, but that is all we know for sure. 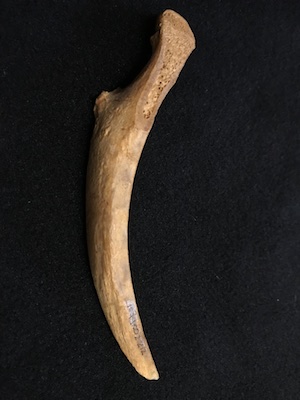 Even more mysterious is a knife, known as a shiv or shank, that a prisoner made from a piece of bone. I feel like we will probably never know who made this item, but then again, I am always surprised by what we find as we chip away at the history of this fascinating and complex place. All we can do is use what we have to reconstruct, preserve, and share stories of Eastern State’s past to the best of our ability. And, of course, we can always keep digging.