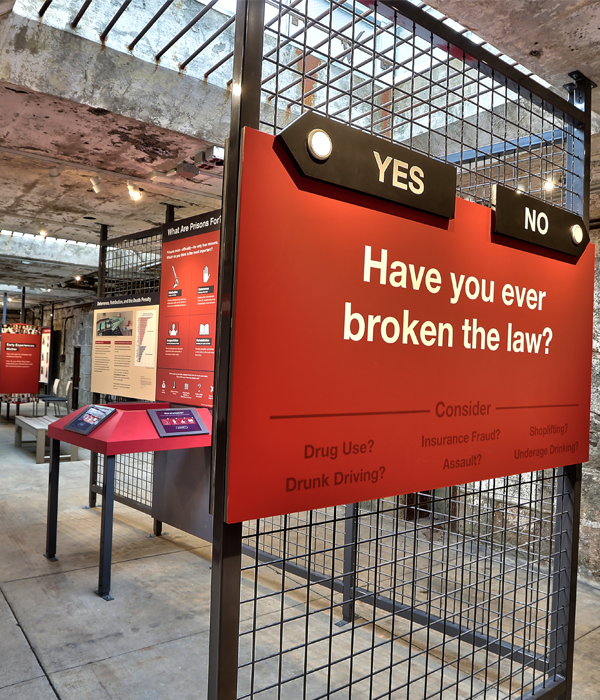 The United States now has the highest rate of incarceration in the world, by far, with approximately 2 million citizens in prison or jail. This phenomenon has generally been driven by changes in laws, policing, and sentencing, not by changes in behavior. The results have disproportionately impacted poor and disenfranchised communities (mostly communities of color). In contrast, these historic changes remain nearly invisible to many Americans. 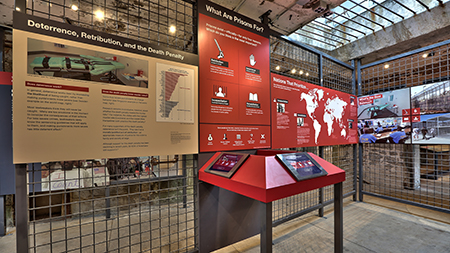 Prisons Today: Questions in the Age of Mass Incarceration, a new exhibit at Eastern State Penitentiary, sheds light on these issues. It elicits personal connections to recent historic changes in the U.S. criminal justice system, encourages reflection, supports dialogue, and suggests steps that visitors can take to help shape the evolution of the American criminal justice system moving forward. 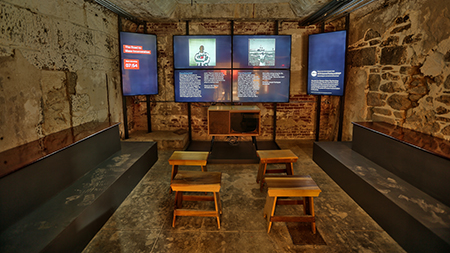 Prisons Today is the next step in Eastern State’s continued focus on issues of contemporary corrections. It acts as a companion to The Big Graph, now on view, as well as The Searchlight Series, a monthly discussion series about crime, justice, and the American prison system.

Prisons Today is open to visitors during all public tour hours. Included with admission to the historic site.

Explore Prisons Today with this 3D virtual tour, courtesy of the Associated Press.

What are Prisons For? Take the quiz.

The Road to Mass Incarceration, multi-channel film by Eastern State Penitentiary Historic Site, produced by Greenhouse Media: This video summarizes criminal justice policy decisions dating back to the 1960s. Although the effects often took decades to manifest, each of these policy shifts increased the rate of incarceration in the U.S. The video ends with many of the architects of these changes, Democrats and Republicans alike, admitting the failure of these policies and suggesting that it is time for real change.