I want a rest!

The question most frequently asked about Eastern State Penitentiary Historic Site’s extensive collection of more than 4,500 mugshots is, “What’s that on their heads?”

Some visitors have wondered if these devices had a morbid purpose. While it would be an interesting story to say that they were torture devices, or that they were needed to hold up prisoners for postmortem photographs, both statements are decidedly untrue. It seems that, at least in the 20th century, prisoners were photographed on their arrival at Eastern State. While new information regularly comes to light, we’re reasonably sure that most of the people in the mugshots arrived at, and left, the building very much alive.

What we do know is that the item is a headrest, but some mystery remains about its purpose. Eastern State staff had assumed that it was needed to keep the subject of the photograph still due to the sluggish exposure time of old cameras: any movement could blur the image. However, when we received a grant from the Institute of Museum and Library Services to preserve our collection, the Conservation Center for Art & Historic Artifacts (CCAHA) expressed doubt in that assumption. 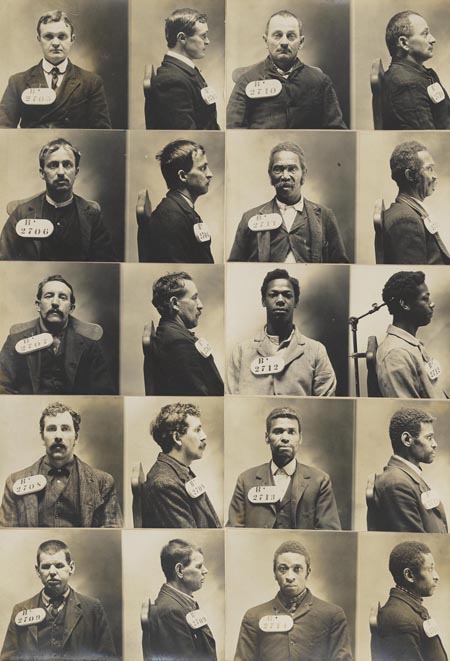 According to CCAHA Senior Photograph Conservator, Barbara Lemmen, Eastern State’s mugshot negatives have a silver gelatin emulsion, a technological advancement that eliminated the excessively slow exposure of the older daguerreotype photography. Barbara posited that the stand was not needed for the photograph itself, but was used to ensure uniformity in the prisoners’ posture. My theory was that someone learned how to take photographs using the stand and kept using it out of habit. 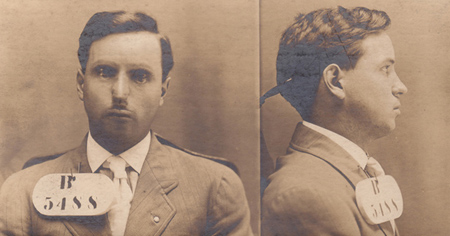 We are still learning about this building, so maybe one day we’ll know more about Eastern State’s mugshots. I’d love to find out what type of camera they used, when they started taking mugshots (the first were taken sometime between 1889 and 1904), who took the photographs, how many prints they made (we have more than one copy of some images), and how we can find more photographs (and Eastern State’s headrest!) for our collection!

What are your thoughts about photography at Eastern State? 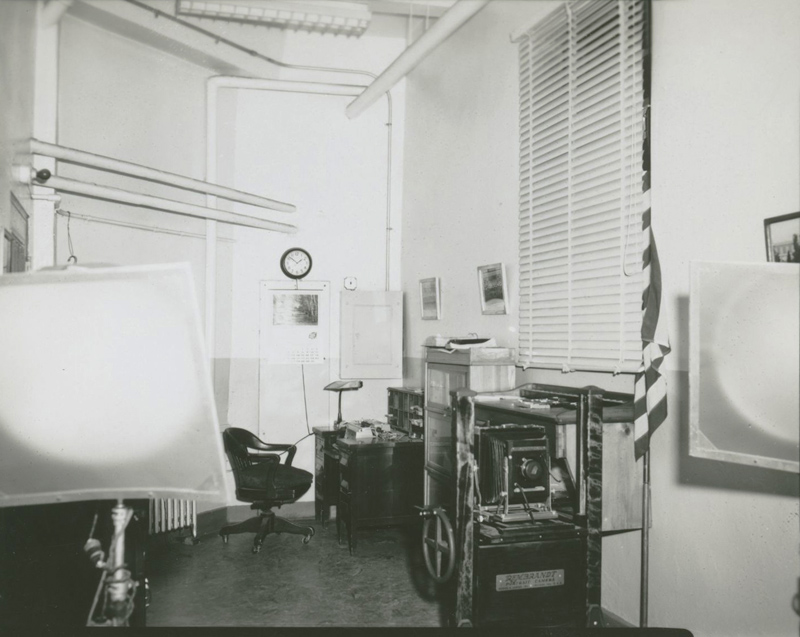