Every year for the past two decades, Eastern State Penitentiary has hosted a fascinating gathering of “alumni.” One Saturday each spring, former prisoners, guards, and staff members return to the site to share their memories of living and working behind Eastern State’s walls. At these alumni reunions, thousands of visitors have encountered the personal stories of those directly impacted—for better or worse—by Eastern State when it was an operational prison.

It’s been nearly 50 years since the prison closed. And with the passing of time, there are fewer and fewer witnesses who remember what Eastern State was like when it was an active facility. With that in mind, 2019 marks the last year that the historic site will host an alumni reunion.

While the event is coming to an end, the legacy of our alumni will live on at Eastern State through an extensive collection of oral histories that we use to help shape our programming. Since Eastern State closed, we’ve collected more than 200 oral histories from former prisoners, guards, neighbors, and the many chaplains, social workers, teachers, and psychologists who worked with the incarcerated population. These stories shape our audio tour, signage, and other exhibits on site. 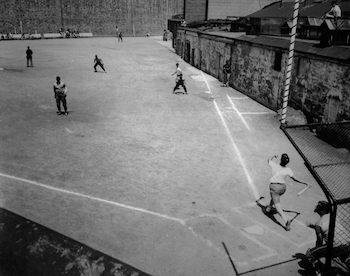 In the alumni reunions I’ve attended in my eight years on staff at Eastern State Penitentiary, I’ve heard mundane stories about cell checks and sports teams. I’ve also heard surprising tales of illicit drugs thrown over the walls. These stories, and others, have helped guide my research and allowed us to develop a better understanding of what Eastern State was like when it was an active prison, from many different perspectives.

Last year, I researched Norman Maisenhelder, a prolific prisoner incarcerated in the 1950s and 60s. I turned to oral histories, in addition to newspaper articles and intake and discharge documents, to loosen the many kinks in Norman’s narrative. I ultimately pieced his complex story together—from his crime, to his trial and sentencing, to his incarceration and death at the prison – and created a document about his time at Eastern State to share with our tour guides. Thanks, in part, to alumni oral histories, his story evolved from one shrouded in mystery and mythology to one that is now accessible to our staff and visitors. Be sure to ask about him the next time you visit. 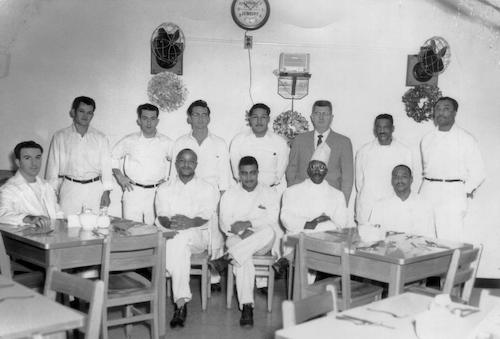 Over the years, one alum was always particularly helpful when we had research questions or nagging folklore we were trying to unravel. Dr. Richard Fulmer, a correctional counselor at ESP from 1966 to 1970, provided me with steadfast research help. He donated historic artifacts to our collection, participated in alumni reunions, and assisted me as I researched notable prisoners, including Pep, a dog sent to Eastern State in the 1920s to boost morale among people incarcerated here. Sadly, Dr. Fulmer passed away in 2018. His memory—like that of so many other alumni—lives on at Eastern State through his contributions: the stories he shared and the time and advice he donated to our staff.

The firsthand snapshots of Eastern State’s history shared by alumni help us learn more about the site’s past and also reveal how much has changed in Philadelphia (which is no longer home to a state prison); the Fairmount neighborhood (which has become a gentrified, wealthy community); American prisons in general (their populations have exploded); and at Eastern State in particular (it’s a historic site, not a functional prison anymore).

Today, most people who visit Eastern State have no direct connection to the penitentiary other than an interest in history and a curiosity about the site or criminal justice in general. For those participating in the final alumni reunion on June 1, their reasons for returning will likely be quite different. They’ll share their memories of the building as a correctional facility, not a tourist destination. They’ll likely disclose stories that range from the ordinary to the sensational.

I’ll be listening eagerly for the unexpected and the surprising, knowing that this is my last chance to hear the hidden histories and poignant memories of those who once lived and worked on site. We are so grateful for their willingness to share. Their stories help us all learn more about the past while providing opportunities to reflect on our present and future.