"The walls don't just keep the prisoners in... They keep the public out." —Common observation in prisons 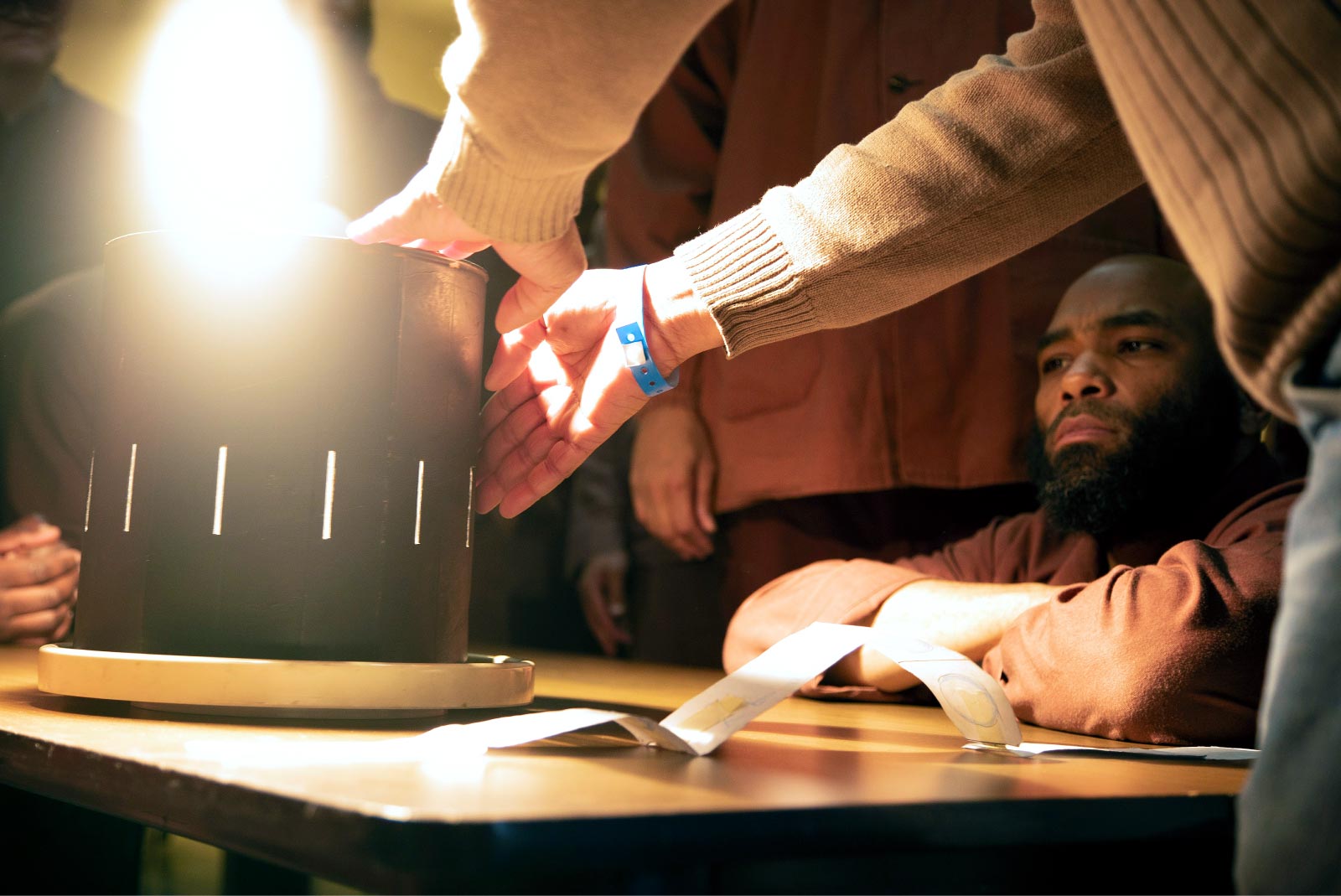 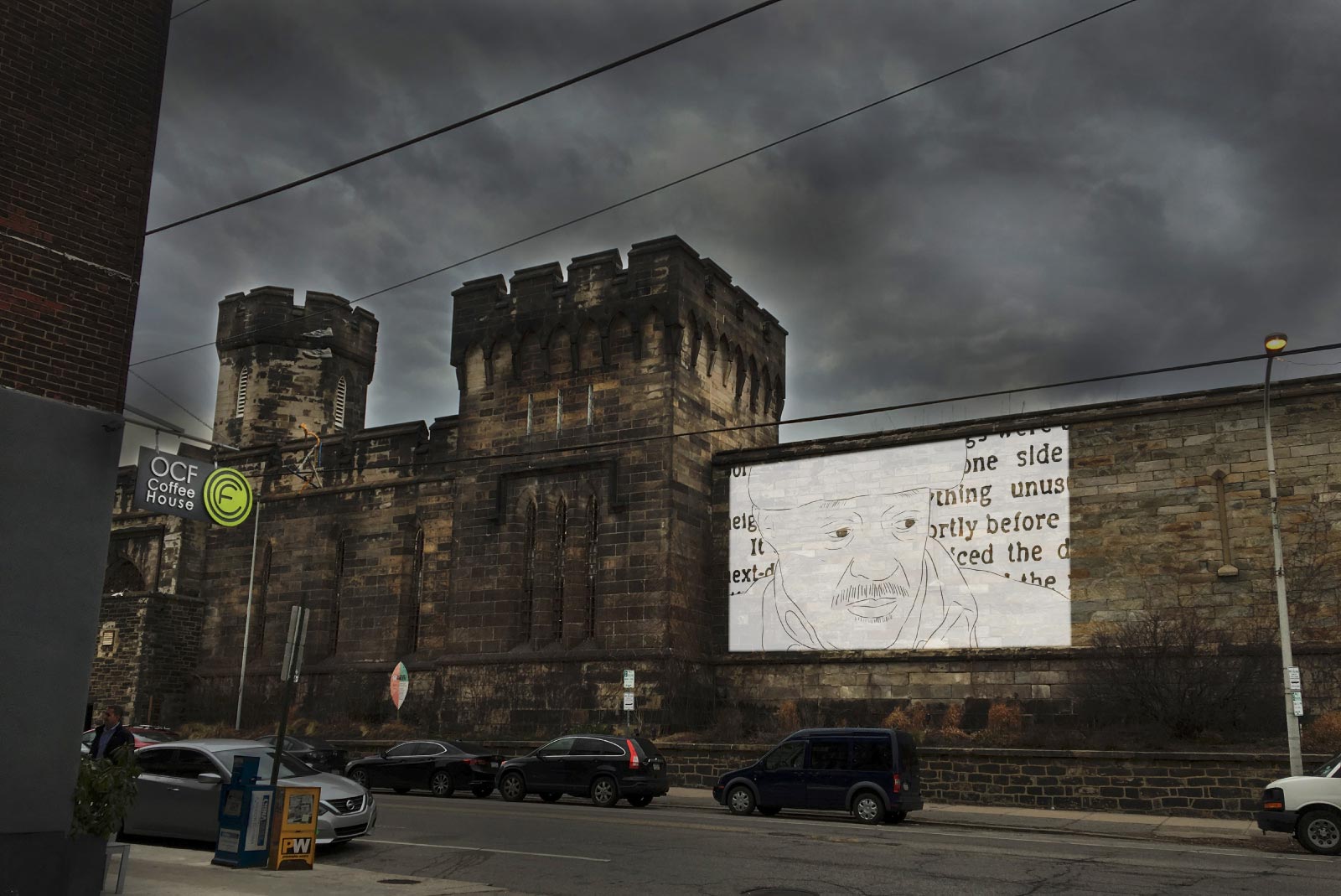 Films will be screened onto a 20-by-30-foot area of Eastern State’s façade each night from August 15 through September 12, 2019 using a concert grade digital projector. A total of 20 original short films will be shown throughout the month, each created for this project by artists currently incarcerated in Pennsylvania prisons and jails. The films will offer an intimate look inside America’s correctional system, conceived, narrated and animated by incarcerated people. Screenings will be free and open to the public, and content will be appropriate for people of all ages.

The nightly screenings are grouped into four themed weeks, each addressing subjects such as “Community and Family Impact” or “Restorative Justice.” About five original short films will be screened nightly, all touching on that week’s theme. Additional animated guest films, all created by filmmakers close to the justice system or communities impacted by high rates of incarceration, will round out the nightly screenings.

During the screenings, additional programs will feature presentations by scholars, community leaders, activists, artists, victims’ advocates, and elected officials. Hands-on activities will provide families a chance to reflect on the films and discuss social and criminal justice issues. 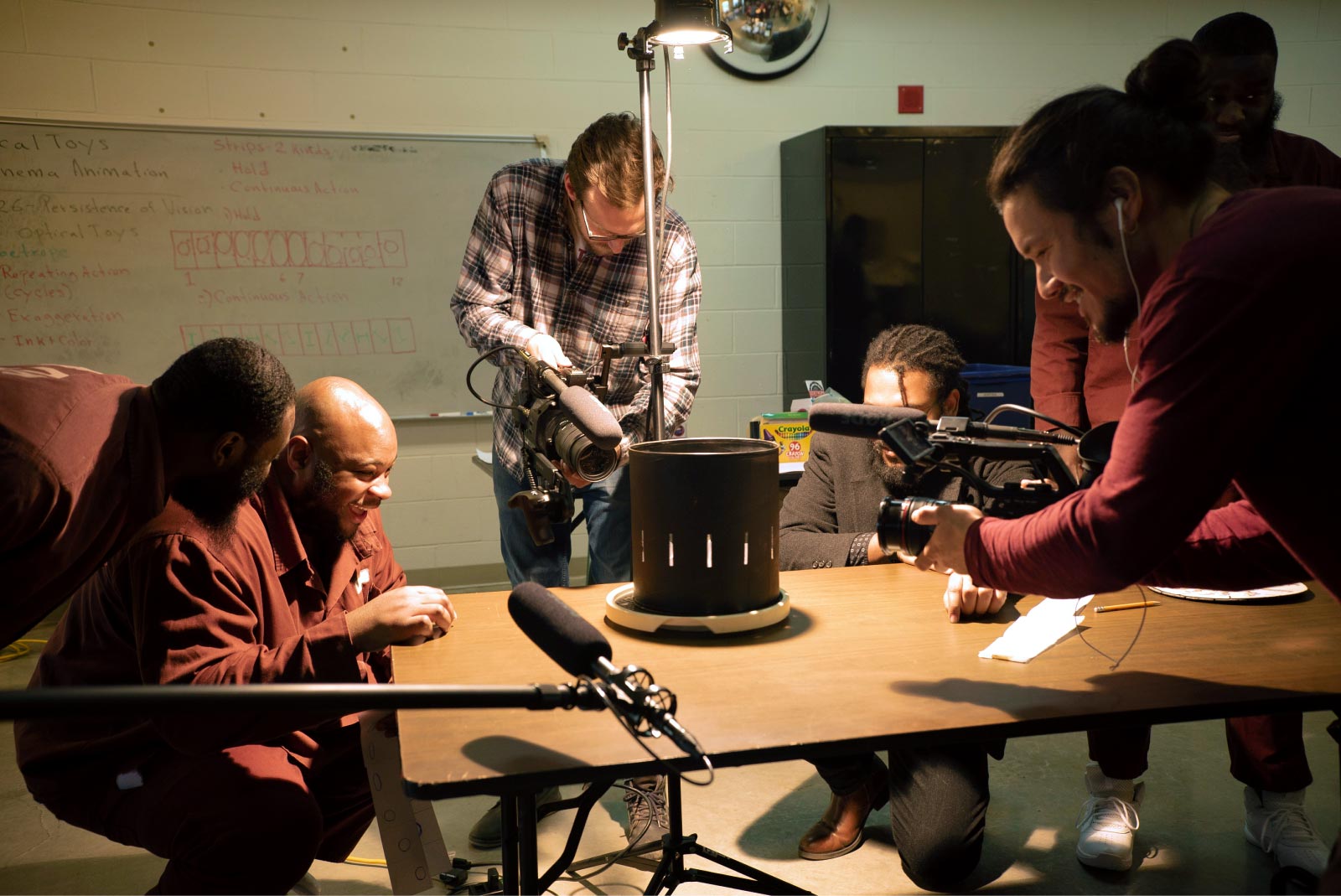 The project will culminate in a one-night festival on September 12, during which all 20 original films will be screened back to back. A documentary film about the artists will play inside the historic site’s cellblocks. 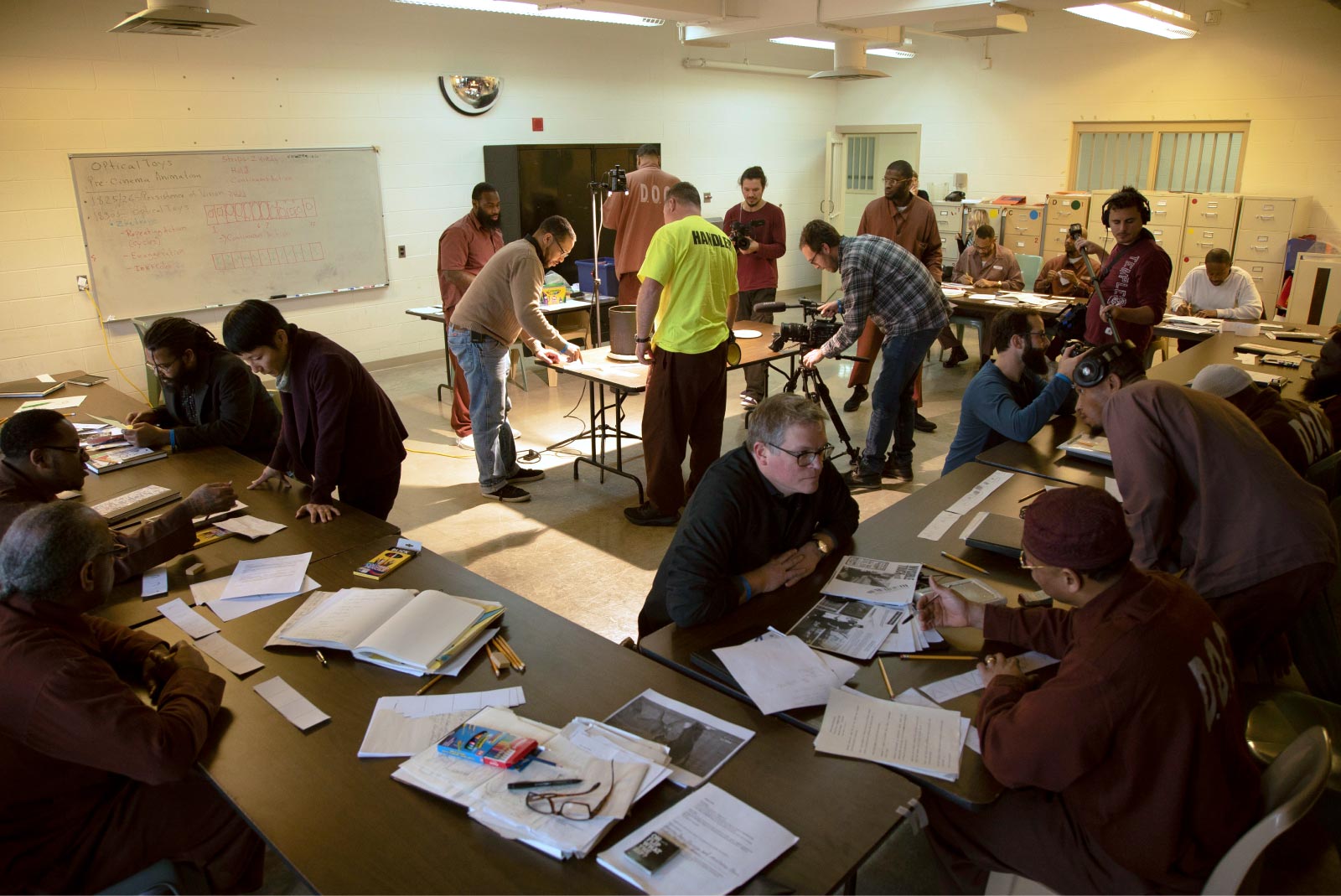 Why is Eastern State Undertaking this Project?

Eastern State Penitentiary is committed to deepening the conversation about real criminal justice reform in the United States. With Hidden Lives Illuminated, the organization can structure these conversations around the literal voices of men and women living inside prisons today. “Correctional institutions are some of the most inaccessible spaces in America,” said Senior Vice President Sean Kelley. “We want to use our wall to illuminate the lives of people living inside these institutions that are so often misunderstood, or, worse, ignored.” 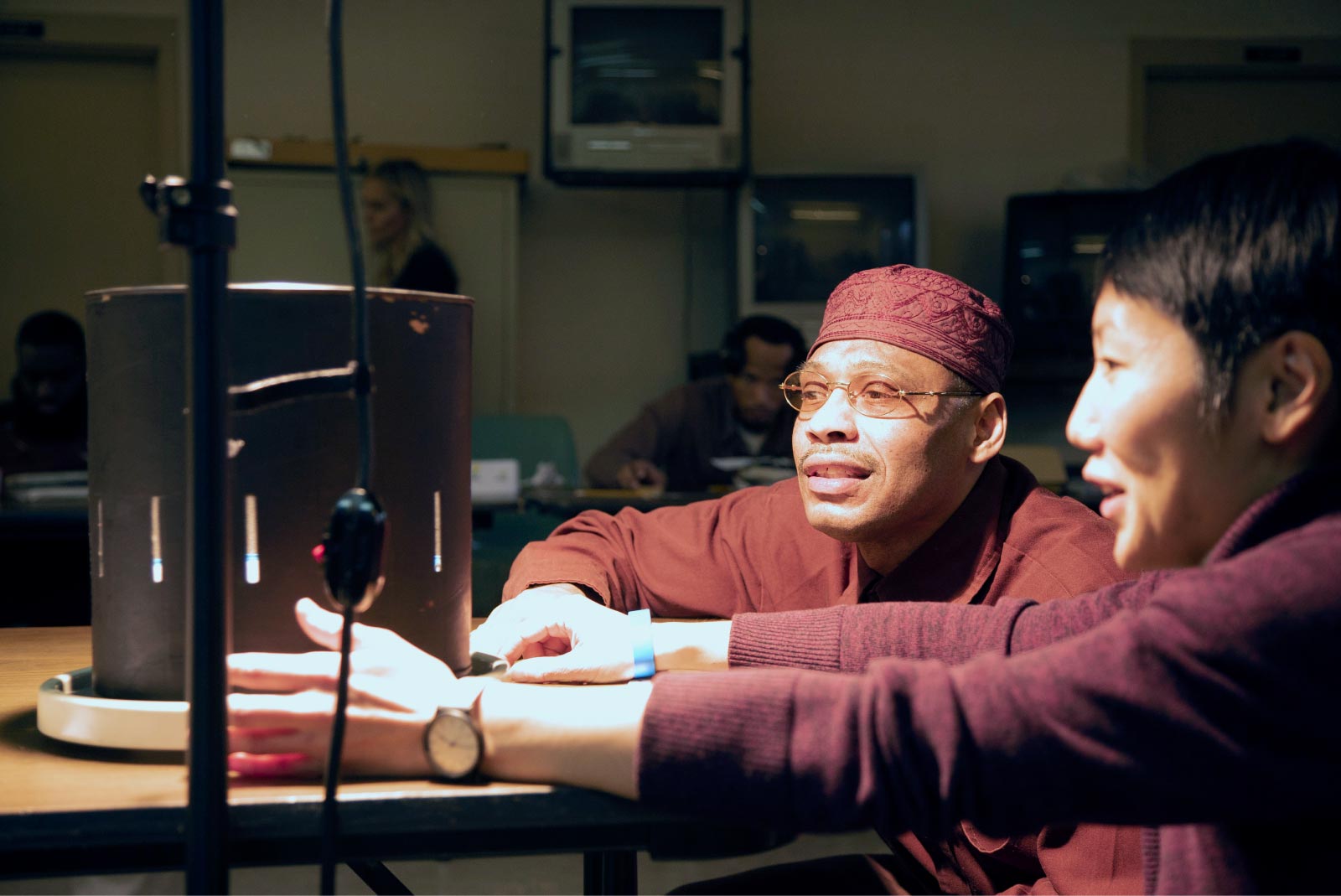 Hidden Lives Illuminated has been in development for three years. Teaching artists employed by Eastern State Penitentiary have been leading classes in storytelling, screen writing, narration and animation inside Pennsylvania correctional institutions since the summer of 2018. Hidden Lives was inspired by and modeled from the 96 Acres Project led by artist Maria Gaspar at Cook County Jail since 2012, specifically the animation "Freedom/Time," a project orchestrated by artist Damon Locks and developed with the Jane Addams Hull House and Prison + Neighborhood Arts Project, and presented as part of Stories from the Inside/Outside on September 15, 2015. 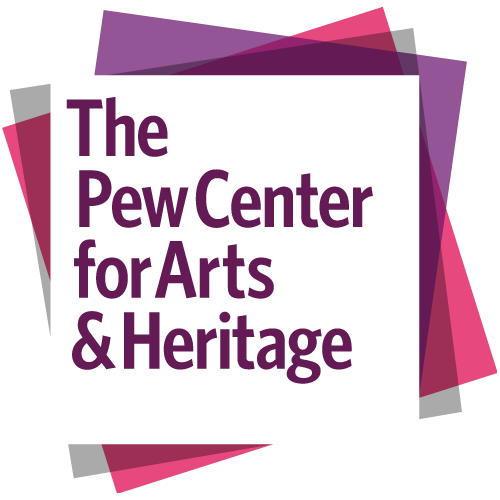 Major support for Hidden Lives Illuminated has been provided by The Pew Center for Arts & Heritage, with additional support from OCF Coffee House.