Americans have been celebrating Thanksgiving for centuries – spending a day every November eating good food, entertaining company, and expressing gratitude. These celebrations have evolved, but enjoying special treats and giving back to others have remained fixtures of this holiday throughout history. And Thanksgivings at Eastern State Penitentiary and in prisons today are no exception.

To celebrate Thanksgiving, Eastern State officials afforded the prisoners modest privileges. From the mid to late 1800s, officials distributed apples to each prisoner. “This being Thanksgiving Day, about seven barrels of good apples were distributed amongst the prisoners, being about six for each,” the warden wrote in November 1870. Prisoners rarely ate fresh fruit in this era. This small gift was likely a welcome break from their everyday diet of meat pies, soups, stews, and cornmeal porridge. In addition to apples, Thanksgiving sometimes brought with it succulent meals and modest treats. In 1904, prisoners ate roast beef and browned potatoes. And in 1946, prisoners enjoyed ice cream purchased by the Prisoner’s Welfare Fund.

As the prison shifted away from solitary confinement and toward a congregate model in the 1900s, Eastern State often marked major holidays with a concert by the prison band in the center surveillance hub. Because all the cellblocks connected to the center hub, the music probably traveled down the corridors, reaching the far corners of the prison. Sometimes outside choirs and performers visited on holidays. On Thanksgiving in 1900, Warden Daniel Bussinger reported: “A mandolin club called in the afternoon [and] played some excellent music, which was appreciated by the prisoners.” 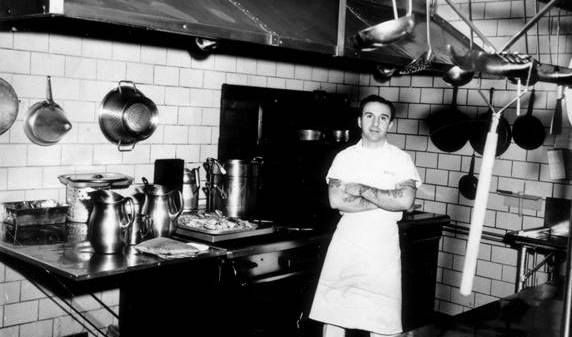 Other leisure activities on Thanksgiving included football matches and movie screenings. Special church services were held in Eastern State’s chapel, and holiday visits from family and friends helped many individuals maintain connections to the outside world.

Today, spending Thanksgiving in prison is still a reality for many individuals. An estimated 2.1 million Americans are incarcerated in state and federal prisons and local jails. Another 100,000+ people are held in U.S. territorial prisons, military facilities, jails in Indian country, immigration detention centers, and juvenile facilities. What is it like to be in prison on Thanksgiving now?

Some incarcerated individuals have noted that the vibe is lighter on Thanksgiving, that there’s a spirit of camaraderie behind bars. At the State Correctional Institution at Chester, a medium security facility about 15 miles southwest of Philadelphia, the prison chefs will offer up a special meal with traditional Thanksgiving fixings and extra baked goods.

Prisoners at SCI Chester can also run in a Turkey Trot 5K race on the prison’s outdoor track. “Everyone can feast after they run,” according to prison official Mandee Quinn. Prisoners pay a fee to participate in the 5K, and the money is donated to Toys for Tots, a program that distributes toys to children whose parents cannot afford to buy them holiday gifts.

The generosity of these incarcerated individuals (and the prison officials who facilitate this program) mirrors the work that was happening at Eastern State 100 years ago. Back then, prisoners donated bits of their meager earnings to charities such as the Children’s Christmas Fund, which supported kids experiencing homelessness or poverty. While much has changed over the years, there are still some commonalities between Thanksgiving in prison then and now. Special meals are a welcome comfort, group activities foster a sense of community, and people join forces to help others in need.